It’s the end of the week. Time for some leftovers. 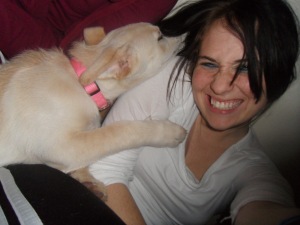 -Puppies are the best. They beat pretty much everything in life except for friends and sex. They are up on that level though.

-I went in a tanning bed yesterday and burned my self silly. I thought twelve minutes would be okay?! People at my house kept calling me a raccoon last night because of the white circles around my eyes. Picture below of how damn red I am.  My poor boobies got it the worst. And my husband informed me my ass looks like a checkerboard. Sigh. Such a classic Christina moment.

-Enemies are pointless. By keeping anger and resentment inside it’s just hurting yourself.  There’s just too much to be happy about in this short life to dwell on anything else. & I doubt many people crowned ‘enemy’ in your book really give a shit whether they’re your enemy or not.  I’m not going to say that I wouldn’t purposely avoid a few, but there’s no one person I can think of I wouldn’t hand a tissue and pat on the back if they were genuinely upset about something. (exceptions: serial killers and Spencer Pratt )

-The best food in the world? Monte Christo. SEX. It is like so many mouth orgasms, you don’t even know. Shit. I had the honor of sharing this with a friend on Thursday, and I’m still swooning.

-Anyone who can relate lyrics to me in a conversation, you will gain about 239242345932 cool points in my book. I am HUGE on lyrics. Last night, while drinking, I told a friend of ours a little more about my life than I probably would have sober.  He said he understood, that it was like that song about being young and in love. He proceeded to quote lyrics: “When somebody tells you they love you,you’re gonna believe them.” Yep. Taylor Swift.  Good thing my husband didn’t overhear, dude woulda got some major shit. Hell, The fact that he would even admit knowing that song makes him awesome.  He deserves a picture! It makes him gain back manly points for touching the lady on my cup’s booby.

-Mirror pictures make the world a better place. Really. I take them everywhere I go and the world shines a little brighter every time. (could just be the flash I guess.) 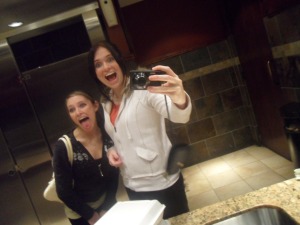 -I never have a boring weekend. Never. Now that I think about it, I don’t even have boring days.  Too much to do, too many people to see. 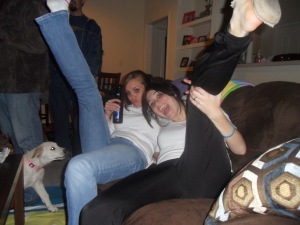 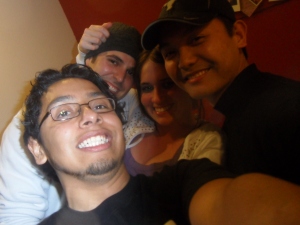 -Fake wrestling matches are fascinating. It’s like a soap opera on steroids.