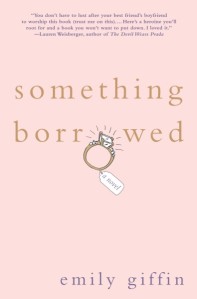 I’ll be honest, I was actually very pissed off when this movie came out. I’ve had the book and the sequel for months, and already knowing the author was a favorite of mine, I was excited to read them. However, I’m the ‘save the best for last/hoarder’  type, so I was holding off until just the right time. I’m guessing it would have been later in the summer, maybe next school semester. I just know when something feels right, even when it comes to reading books. (aka, I’m crazy.) So when the movie came out, I was annoyed. 1. This book was no longer my own personal discovery (never-mind the fact that it was a popular book to begin with, I can ignore this fact until it’s in theatres everywhere), and 2. I wanted to see the movie, so I was forced to read the book soon. Luckily, I finished it in two days and, with high expectations, forced my friend Fernanda to see the movie with me. Sigh. I’ll start with the movie. (Like I said, I like to keep the best for last.)

9 thoughts on “‘Something Borrowed’ Book and Movie Review”