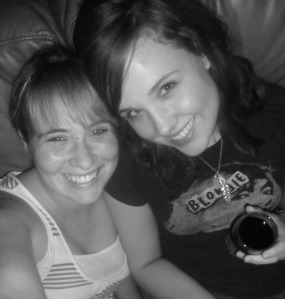 My closest friend of 10 years, whom I haven’t seen now in over a year, will be here with me THIS week. I may burst from excitement. Seriously. Watch out for me bursting,y’all.  Another best girlfriend and I spent hours on Sunday night giggling, drinking wine and regressing back to our theater-kid days by acting out strange improvisational skits together. Had anyone else been watching, they may have tilted their heads to the side in complete wonder of our strangeness. (If you want to test this theory, watch our video blog at end of list. Do it.)  So. In honor of two of my favorite girls and with the hubby + other lovelies in mind, I’ve compiled a short list of ways to know that you’re probably one of my closest pals.

11 indicators that you’re probably one of my favorite people:

23 thoughts on “11 indicators that you’re probably one of my favorite people.”