I was hesitant to publically show my 2017 resolutions this year as I have a few lofty goals and a couple of scary ones. It’d be easier to skip them if I didn’t flaunt them which is exactly why I’m sharing them. You guys get to hold me accountable. Yay!?

I’m doing my best to get off to a good start with said goals. 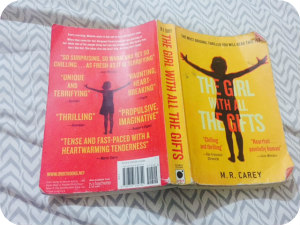 I recorded my first book read of the year, The Girl With All The Gifts. I’m no sci-fi or fantasy fan, and usually shy away from books in either genre. But I found this zombie book for 50 cents at a little bookstore in Brenham, Texas and thought I’d give it a go. Y’all, I surprised myself with how much I adored this one. I originally gave it four stars but when I found myself still thinking about it days later, I went back and changed it to five.

Tomorrow, I fly to Seattle and Washington will mark my first new-to-me state of the year. This has been on my travel list for years, and I’m eager to start exploring with one of my best gal pals.

It’s January and I’m already feeling the butterflies that travel and good books and new things bring my way. So I’d say 2017 is off to a pretty swell start.