I often get asked about my journey into the world of blogging. I wanted to share that story with you today.

When people ask me how I got started as a food/travel blogger, I tell them the truth. The truth being that I started blogging way before it was cool. (Is blogging ‘cool’ now? Maybe the right word is “relevant”.) 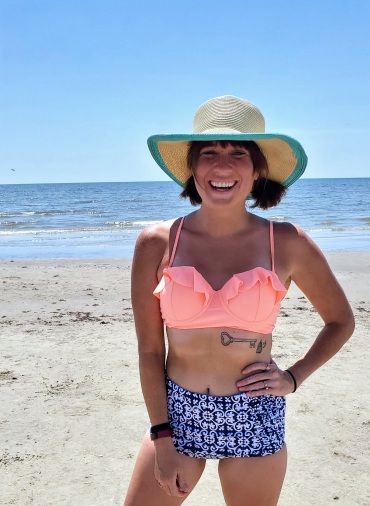 Before blogging even existed, I wrote on an online journal called Xanga. I was sixteen years old and homeschooled, and I mostly wrote about how annoying my brother and his friends were. It was all very exciting. After Xanga came MySpace posts, in which I  completed surveys which asked questions like “Have you ever liked someone so much that it hUrTs?” and wrote a slew of melodramatic poetry. Vox followed, and this was the first platform that could actually be considered a blog of sorts. I continued to write sappy poetry and shared nearly every detail of my nineteen-year-old life. I was in my first serious relationship (with the fellow who is now my husband) and thought this fact made me interesting enough to share mortifying amounts of personal information. Do I regret this? I don’t. I was incredibly young and newly in love and processing an onslaught of fresh emotions in the best way that I knew how. Do I look back at these posts and turn bright red while simultaneously shrieking in laughter and moaning in horror? Definitely, I do.

Eventually, I found a small community of like-minded bloggers who weren’t completely terrified of me. I even met a couple of these online friends in real life. I think this was when I began to realize what lovely opportunities could arise from the interwebs. When Vox shut down its platform, most of this little community made its way over to WordPress. This same platform is also where my blogging career would slowly start to take off. I found an online magazine that allowed me to trade my words for adventures. In exchange for a blog post, I would have the chance to zipline across the hill country of Austin, meet Willie Nelson at a movie premiere, flyboard (aka fly into the air propelled by a water jet-pack) across a lake, and view my beautiful city from both a helicopter and a hot-air balloon ride. I’ll never forget the wild elation that came from my first season of dreams coming true; the time in my life when I learned that the sky was both literally and metaphorically the limit.

My senior year of undergrad, another opportunity crossed my path. For years, I had been registered on an online modeling forum. I had mostly used this as a fun experience and had never really considered getting paid substantially for these opportunities. I had the chance to explore beautiful parts of my city, meet talented photographers and receive photos in exchange for my time. I absolutely loved it and didn’t think of it as much more than a hobby.  So when I received a message asking if I’d like to audition to star as myself in a nationwide commercial, I was surprised. I was also learning to live by the phrase, “Why the hell not?” I went in for the audition. I was totally myself, which mostly means I was an awkward ball of energy.

I got the part, awkward ball of energy and all. The part was me as my blogging self, and the company, U By Kotex. I would have never imagined that anyone would want to pay me to talk about my period, but here we were. The next few months were a complete whirlwind. A camera crew took over my house, visited my on-campus radio show and followed me around town to and from my blogging escapades. This wrapped up and, about a month later, I received a phone call. The producers of the commercial wanted to fly me first class to Detroit to film a second piece. I was at my old apartment’s pool when I got the call. I really liked that pool, so sometimes I would sneak back in for a tanning session. I vividly remember sitting on a lounge chair in happy shock, excitedly calling my husband to tell him the news.

I flew to Detroit, seated next to men at least thirty years my senior and drinking the complimentary wine to pass the time. The next two days were a blur of makeup, wardrobe and filming. I spent the day playing dress up and talking to a camera about my life, and well, feminine products, and the nights hanging out with the film crew, exploring spots that these Detroit natives loved best.

In the months that followed, I would graduate with an undergrad in Communications. In the years that followed, a Master’s in Business. I would find a passion for the storytelling powers of social media, and dive into a career in the marketing world. While I know that my degrees played a big role in moving this career forward,  I am also certain that I wouldn’t be where I am today without sharing my own stories – the big, the little, the good, the bad and especially the awkward. Editor’s Note: It is me that we’re talking about, so it’s all been a little awkward.

One thought on “My Blogging Journey: The Good, The Bad and the Awkward”